Understand Why Bellatig Mehdi Thinks Dating is a Great Vertical for Newbies! [Video]

Everyone likes pretending they know Affiliate Marketing through and through.

Even so, only some select few cool customers get to understand the business like amazing pros.

While the Mobidea Crew was having a blast at Affiliate World Europe, we decided to have a chat with Bellatig Mehdi, a reference in the affiliate industry!

Ready to watch the video of our encounter with the founder of Hacker de Croissance?

Prefer reading this informative content to drink the inspirational juices?

I’ve been in this industry for ten years now.

I started as an affiliate, as a publisher in the Adult space with an adult website.

On the French market, always.

After that, I went on a long sabbatical, pretty much, where I discovered affiliate marketing.

I really liked that and that’s how I got introduced to media buying, basically.

That’s pretty much the short version of the long story.

If I was a newbie and I was just starting today, I believe Adult Dating is one of the easiest verticals to get to break even.

But – to get to break even – I find it easier than to start in say Popups, with Sweepstakes, or Pin Submits.

That requires a lot more testing while in Adult Dating the best offers are easier to find and easier to start playing with, you know?

Obviously, you will get stuck, at some point, in break even or very small ROIs. 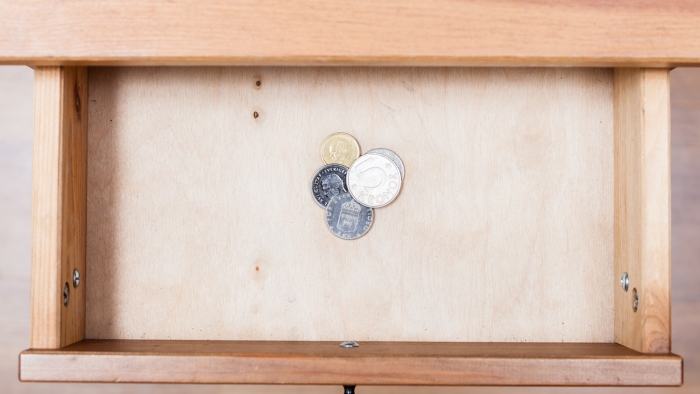 But I think it’s a good vertical to start with.

Learn More: Affiliate Marketing Verticals: The Definitive Guide for 2017 (and Beyond)

Also because it teaches you how to handle banners on top of landers and offers.

It’s another element of the funnel instead of just going with pops and scrapping landers and offers like you’re not really learning the real job.

The core competences of media buying and affiliate marketing.

I think Adult Dating teaches you about the entire funnel better and is less costly to start with.

I’ve had many achievements, I would say, in a way.

I’m always being pretty inconsistent in that I’m not doing this full time.

It’s more of a passion.

Dating on Facebook was great when it was working.

The first day with Sweepstakes, doing 10, 20k a day on Sweepstakes with Mobile was pretty amazing.

That’s the thing with affiliate marketing:

You can do huge numbers very easily but then – at some point – it needs to become a real job, a daily thing, if you want to do that consistently, you know?

I’ve always been amazed about how easy – if you’re at the right place at the right time – it can be to do enormous amounts in one single day.

But the hard part is sustaining those types of results.

4. What is Affiliate Marketing?

That’s a very interesting and funny question because – the side story – I’m from Morocco.

So I always need to ask for visas, you know?

And they always ask me:

“What is it you do? Explain your job. What is your business?”

And even to come to Europe, the consulate at the Embassy, they asked me:

“What is Affiliate Marketing?”

I’m always dumbfounded because I cannot explain it perfectly.

The analogy I’ve found is like basically in restaurants when you are in a very touristic city…people will have “grabbers” for restaurants.

I send people to online restaurants. 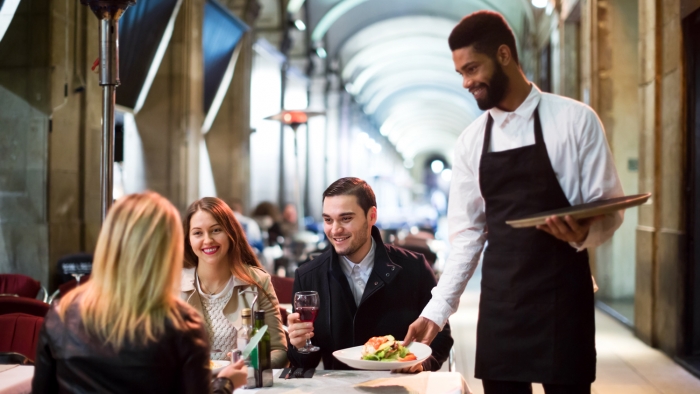 And whichever restaurant pays me best is the one I will send all the clients to, you know?

Without having any emotional relationship with the restaurant.

We’re completely agnostic to the product, to the offer.

Affiliate marketing is only believing in results, in performance.

I don’t care that it’s Apple Music or Spotify or like a shitty application by some unknown company.

All I care about is how much money it’s making me and whether it’s profitable.

That’s the essence of affiliate marketing.

It’s all about the numbers.

This is changing a little bit.

But my main thing is like…the barrier to entry is so low.

Anyone from anywhere can basically get started in affiliate marketing and start learning with some communities like StackThatMoney or like Hacker de Croissance for France where you can find other like-minded people and you go to trade shows and you meet other twenty-something years old people all doing different kinds of things and also the fact that it’s a never ending innovative space.

Every time you go to a conference, someone will tell you something like:

“That’s interesting! I had no idea that people were generating money that way.”

I find it really exciting.

The fact that the barrier to enter is so low. 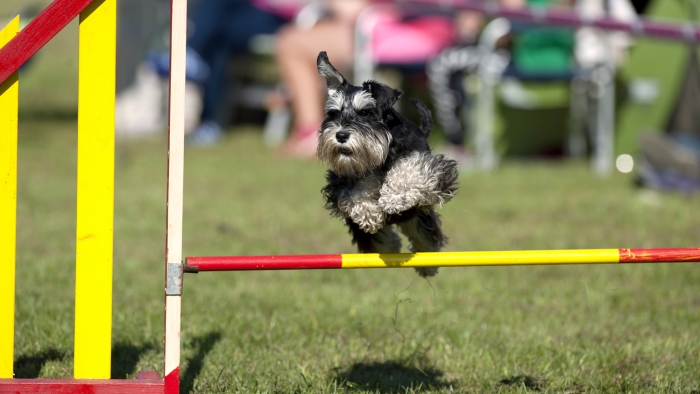 The best thing is also the worst thing about it.

I think also like the proliferation of spy tools and this type of things…like basically a lot of affiliates don’t know when was the last time they came up with an angle or with a landing page.

The creative side of things is disappearing a little bit.

I’m not one to criticize.

The market is the market.

You just have to adjust and find edges somewhere else.

Bounce on something that’s interesting for you, because you just came up with the tracker for affiliates and I think automation and the technological edge is gonna be more and more important because we’re always competing against machines rather than humans.

I think that’s a really nice direction you are taking.

For 2017, I think the biggest trend we’re seeing is definitely Nutra on Native, Facebook Ads, and Ecommerce.

I think the main point of all of this is Facebook Ads.

With the news of Chrome coming up with their own ad blocking technology, people are freaking out about pops and things like these.

But sometimes they loosen up the strain and people love Facebook again because they just have so much traffic and the targeting capabilities are just amazing and it works great with Nutra, Sweepstakes, and Ecommerce, which obviously are the biggest and most evergreen verticals that we have in our industry.

I think we talked about it last year in Berlin, also.

The main keyword of the event was automation and again this year is automation.

But I think we’re not moving fast enough on automation.

I think some people are massively winning right now because they took this seriously and I think more and more people will go seriously into this.

Voluum just revamped their API, you’re coming up with a tracker, FunnelFlux just came up with their new API that allows anyone to do anything they want with the tracker so definitely automation because there’s a lot of money being lost on fraud and like human-speed optimization, while machine-speed optimization is the winning game.

I think we will go definitely more and more towards that and Ecommerce will be huge as long as Facebook allows us to do what they are allowing us to do now because of course as affiliates we’re pushing always the limit and seeing where they will say stop.

As long as they don’t say stop, a lot of money will be made there.

Also, with Nutra, again on Facebook Ads, a lot is happening there.

The biggest threat – I would say – is not making the automation switch fast enough and seriously enough.

I think the individual affiliates will have a harder time the more time passes by. 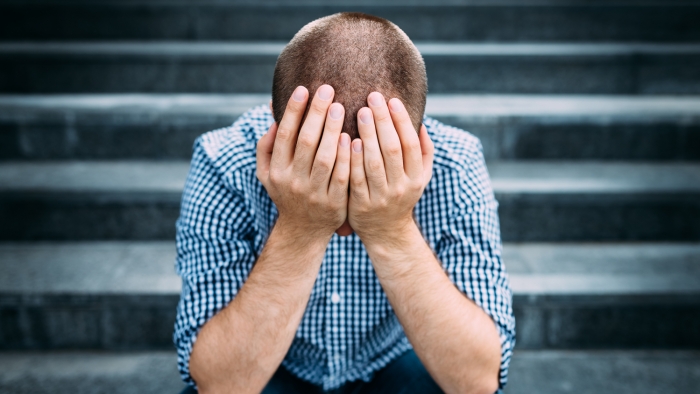 No team, no automation on the tracker…it will really really become harder in the upcoming months and years.

I think you will need teams.

I think Mobidea is really differentiating themselves by creating their own path.

By basically doing everything so differently.

I find it really amazing.

It didn’t exist a couple of years ago.

No one was doing it.

Mobidea is always the first one bringing the best of the mainstream industry to our little bit more underground industry and it’s great.

We need leaders that show the way other than just:

“Okay. Antivirus offers. HasOffers and this, this, this.”

Like trying to grow and make the industry as a whole also grow.

And I think Mobidea is playing a great role in that.

10. What Do You Think of Mobidea’s New Tracker Capabilities?

To the affiliates – as a whole – I’m sure you will have some people that will be disappointed because they already had their own optimized and customized trackers and now automation will be more and more a commodity, I think.

For you, it’s amazing.

For your affiliates, it’s amazing.

Affiliates that didn’t have access to this type of tracking, up until now…I think it’s great, great news.

I think it’s like the normal progress of the market.

It was bound to happen.

I was always astonished that most CPA networks are basically just a HasOffers or a Cake and nothing more.

And the fact that you are different…and again you’re proving it.

I was always wondering who would be the first network to offer a tracker because it was obviously gonna happen.

And it’s a great thing that it was you again.

It’s an amazing progression of the market and I think it will benefit a lot of affiliates.

On the forum side, I’m trying to create a community mostly in France.

The main goal is to try to create an affiliate marketing event in France.

In the South of France. 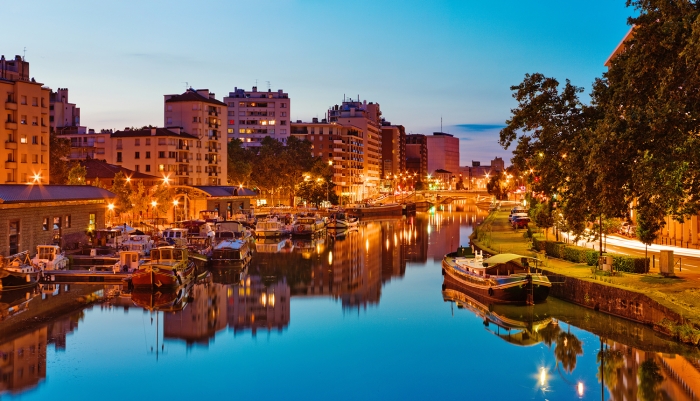 That’s my main goal for this year, I think.

And trying to gather some of the biggest actors of the industry together.

Because I think that some people are lost in the big sea that is the English-speaking market.

But we have more and more French-speaking people that are also doing affiliate marketing and it will be nice to have an event happening in France pretty soon.

It was great getting to know you at Affiliate World Europe!

As for you, our reader, keep paying attention because we’ve got more awesome Affiliate World Europe Interviews for you to check!