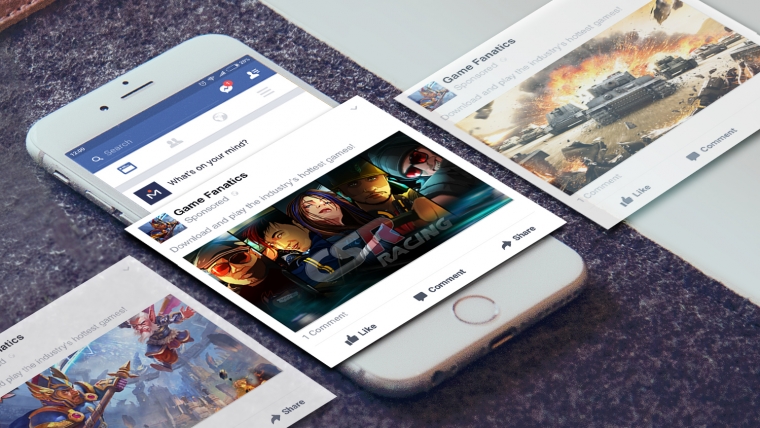 Don’t know much about native mobile advertising and want to learn everything there is to know? Then it’s time to read up!

The world of native mobile advertising is an unexplored path you should get to know as soon as possible, since it holds so much untapped potential for both advertisers and affiliate marketers.

There was a time when mobile advertising was mainly confined to banner ads that were dependent on clicks which in turn had no reliable or consistent results.

The fact of the matter is that advertisers are interested in mobile campaigns that give them results and that enable them to make money.

If the campaign results are negative and if there’s no quantifiable change in the brand’s performance, then it’s evident that the advertising campaign is ineffective.

However, the mobile advertising segment has progressed significantly.

Native mobile ads refer to advertising formats that tend to blend into the website or app in question.

In other words, instead of standing out like traditional banner ads, native ads seem more natural and are aesthetically and functionally both more appealing and effective.

The ultimate goal of native advertising is to enhance the user experience in the mobile platform it is placed.

By matching its visual look and overall feel. It’s important to note that native mobile advertising is different from content marketing.

Content marketing requires writing and editing of text that communicates a brand’s message whereas a native mobile ad is programmed into the site or app it’s intended for.

Native Mobile Advertising – the Fact of the Matter

As the social element grows in its all-around importance, the mobile marketing field stands to gain a lot from these ads.

In short, these ads are meant to increase your exposure and engagement with the potential audience via various social platforms, such as Facebook, LinkedIn, Tweeter, Tumblr and so on.

You might simply know them as those suggested posts in Facebook, or promoted tweets, but how important are they for you?

Hubspot has found that out of around 1.4 billion of Facebook users, almost 1.2 billion use Facebook on their phones.

Simply put, native mobile advertising on social media is not a luxury, it is a necessity.

Now, have in mind that these ads come with a number of advantages and flaws.

First of all, these ads come with all the social functions that a normal post comes with – likes, shares, tweets, posts, and so on.

These ads also benefit from social network data, such as friends that liked the post or a brand, and comments on the ad, which all serve as social proof.

In turn, this increases the audience engagement greatly and you can get much more bang for your buck, as your audience will do a part of your work if they like what they see.

However, you do need to be careful, unless you want to anger the same potential audience.

People in general don’t like when they are misled by an add to think that it’s an ordinary post, so try to use an ethical approach to your native ads.

It helps in the long run. Unlike in-feed social, these ads promote actual content on a site.

Obviously, they are a less direct form of native advertising, as they serve to engage your audience and have them visit your site via the links you would have embedded in the post or a video.

In addition, these types of ads can serve to grow awareness of your brand and engage your audience, instead of directly promoting a product or a service.

They are typically found on various news websites and apps, and there is almost always a handy “sponsored content” moniker, which greatly reduces the potential risk of the said ad being labelled misleading.

Other than the fact that they are paid, which increases their visibility on the site and its feed, these ads have the same design and functionality as an ordinary post.

Again, these ads can backfire, as a Scientology example from a few years ago showed.

In essence, you need to be sure that you pick a platform that agrees with your message, if you don’t want to run the risk of your ad being pulled.

These ads might be a bit sneakier than the previous ones, but they are extremely useful if you’re running some form of a store that sells either digital or physical products.

Similar to the previous ads, they adopt the look and feel of the site (an App Store, Amazon, Etsy, or any other e-commerce site, for that matter) and use browsing data to serve their target audience special, tailor-made offers.

For example, if you were browsing for headphones on Amazon, a native ad could later pop up in your commerce feed which promotes a similar type of headphones you were looking at, or it could highlight some sort of a headphone sale from another company.

These ads use GPS and browsing data to better target the potential customer, and to show relevant results, like the nearby stores or restaurants.

How far this optimization can go is almost crazy.

A store can offer a discount to a previous customer that is triggered when that person is in a certain vicinity of a store.

Say you’re a recurring customer at Starbucks, and you pass one by, and a little ad pops up during your browsing that offers you a discount on your favorite beverage.

Obviously, these ads have a similar functionality to the in-feed commerce ones, but they appear in various map apps, and are even more dependent on geo-data.

For example, these ads show as promoted pins in Google Maps.

As with the others, this advertising channel is not to be underestimated.

Over a billion people use Google Maps in the world.

Similar to other in-feed ads, if you were to look for a certain establishment in your map app, you would get a sponsored search result at the top (if there is one near enough), in addition to the standard search results.

Moreover, you could get information on various sales or special offers that the store is offering, further enticing you to visit them.

These offers can be specially tailored to your previous purchase history, so if you were, say, looking for a hardware store to buy some 2x4s, you might get a discount, or a special offer on power tools.

In the case of Google Maps, the algorithm used to choose the ads to show is based on several factors:

A good tip here is to always try and find out what the particular map app is taking into account, and optimize your ads accordingly.

Capitalizing on addictiveness of good mobile games, and a typical micro-transaction model, this type of ads offer a product or a service in a way that rewards the potential customer for interaction with the ad.

A player can get exp points or some in-game currency if they click or watch your ad, which is what Verizon did a couple of years ago.

Another great example of this method has been done in Football Manager Classic, where adverts that surround the field were actually real-life ads paid for various companies.

A player could click on any of these ads in-game and they would be taken to the main site of the company in question.

The main purpose of these ads is to increase Brand awareness and they might also be used for lead-generation, if the offer to players is enticing enough.

Since, almost 90% of mobile users find banner ads in their games irritating (even the Verizon example was found unpleasant by some, as it broke the flow of the game), non-intrusive native ads serve as a great way to utilize this untapped platform for your ads.

Again, you should pay attention to context, and be sure that your target audience is actually interested in the game you’re advertising in. Last but not least, an advertiser can use paid search results for mobile browsers, in the same manner these ads show on computers. Even though the principle is similar to standard Google Adwords (and other paid search options), there are some differences.

As Google rolls out newer versions of mobile search, additional factors have to be taken into consideration, and the complexity of optimizing these paid search campaigns might seem daunting.

For example, with Google’s mobile paid search V2.0, additional attention will be paid to:

As you can easily see, there are tons of advertising channels that can be used with an astounding effectiveness when clad in the native garb.

While these methods might be a bit sneaky, if you look at a big picture their end goal is sort of a win-win for both the consumers and the advertisers.

People get notified of things that they would actually like to purchase in a much less intrusive way than before, and advertisers gain awesome effectiveness and conversion rates for their campaigns, along with the increased customer satisfaction.

Of course, all of this stands only if you approach such advertising in an ethical and responsible manner.

While it might seem very appealing and lucrative to lure people into clicking or interacting with your ads, these short gains will be paid dearly with the declining brand loyalty.

If done correctly, not only do you gain satisfied customers, you might as well gain their trust and create promoters of your brand!

Go for it now!