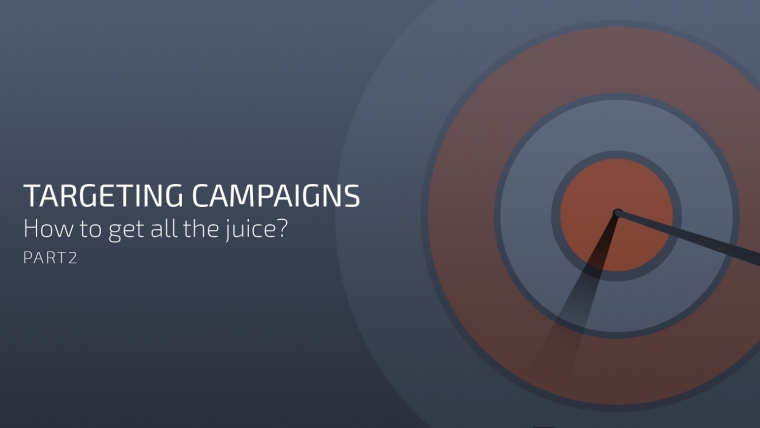 Targeting: How to Get All the Juice? (Part 2)

In the previous article of targeting campaigns we saw the importance of choosing and setting correctly a campaign’s target.

In this second part, we focus on the “what to do” after you launch campaigns and start to collect data.

Generally if you didn’t choose a narrow target you will lose money in the first days to learn where you should invest and what features you should avoid.

The normal behavior should be like in the next picture: 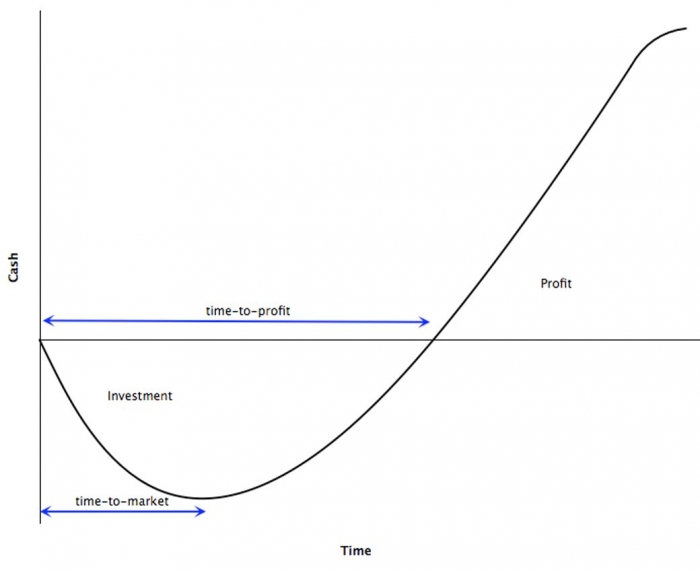 In the first moment you should invest in different features, devices, OS, etc to get information about their behavior.

Then you should analyze the performances and adjust your investment to maximize your profit.

Now let’s face the most common situations and learn what to do in each one of them.

Almost everything in your campaign can give profit.

Starting on the green it’s not a common situation, because nowadays mobile media buying has a huge global competition in all segments.

Here are still some details you should have in consideration:

The more volume, the best.

According to the GEO and offers, you should be able to understand if a segment should work or not.

If you launch a general campaign (all carriers, all OS, all devices) and you spend, for example, 5 or 6 times more the value of an average conversion you can take conclusions about the offer performance or the traffic quality source.

If nothing converts stop the campaigns because there’s nothing you can do.

Try to understand if a specific carrier, OS or device spent almost all the money and give an opportunity to test all the other features.

If the problem persists stop and try another geo (if the problem is in the offer performance) or try the same segment in another Ad Network (if you think you can find traffic with more quality).

This is the most common situation.

Your campaign obtained data but you see different performances, some features are very good, other are a complete disaster.

Don’t panic and don’t start to cut everything that is negative.

It’s time to manage your campaign and work properly according to the performances.

You must understand when to do target changes. Your campaigns need time to collect data in order to provide safe stats.

You must balance your results with the characteristics of the offer(s) and geo.

For example, if you have a campaign in Germany that spent 15€ you can’t take conclusions, because one single conversion can do more than 20€.

In other way, if you spent the same budget in Thailand where in average a conversions gives you 0.70€ you can analyze the performances and take good conclusions.

How can I do money from a non-profitable target?

This is a much shared question. When a campaign is not profitable some mediabuyers think that’s the moment to cut all bad performances possible.

Cutting everything will just kill your possibilities to grow and maximize your investments.

You can even turn green but you’ll just give to your competition the possibility to make easy money.

Check the next situation, negative campaign with positive and negative features:

P.S: In 3G campaigns, ExoClick has issues on counting correctly the clicks.

According to our volumes and the average payout for this country (10€ for conversion) we can see very different performances for iOS and Android.

In this case, iOS costs cover four times the average payout for this geo so we can confirm that the performance is bad.

We should cut it and test it later in a few weeks if you notice some change in the offer’s performance or if you get a new solution.

The campaign is automatically with profit and we should also adjust our bid according our eCPM, checking our global performance and take it out iOS numbers.

In this situation we can see a 30€ profit campaign.

If you want to squeeze the campaign to its maximum you can go to details and analyze specific performance.

We can see huge differences between the three OS’s.

The two main OS’s are Android and iOS, and even if they had the same costs, Android’s performance is profitable and iOS isn’t.

Blackberry is the most profitable OS with an eCPM=13.99€ (however low data is not reliable enough to take big conclusions).

To maximize our profits we should consider keeping all OS’s (because all of them have volumes and conversions) but we should adjust the eCPM according to their performance.

The crucial point here is to work properly with iOS and promote best positions and efficiency for Android.

We should duplicate the campaign and work only for iOS separately with an appropriate eCPM=0.16€.

When we collect specific data for iOS volume, we can adjust other features like mobile devices, browsers, adjust banners, etc.

Since Blackberry doesn’t have a big volume of data it can be in the main campaign with Android.

This logic is also applied to all stats we have about other features but specially to Carriers, OS and sometimes Browsers.

This is a common situation in different Ad Networks where you cannot target carriers therefore you buy all type of traffic quality.

Usually the Wi-Fi has almost all traffic and a lower performance, but the 3G traffic has very good quality.

You should balance if the 3G performance is enough to cover all the Wi-Fi performance and create a positive margin.

In this campaign, we pay the same for Wi-Fi or 3G traffic.

The conclusions point a positive performance for both Wi-Fi and 3G traffic, but 3G shows an excellent quality and consequent eCPM.

The most common situations is a negative margin for Wi-Fi traffic and then a great 3G margin which compensates the campaign’s overall result.

In this cases, we must balance the performance of both traffic sources to reach a positive global result.

You should look to the other features which you can manage, like banners and websites performance and target optimization, in order to have a profit campaign.

If, in other way, you aren’t able to change anything and you must keep going with that features, if the traffic quality it’s not profitable you are forced to stop the campaign since there is no margin for optimization.

From the situations above you can see the importance of adjusting and work properly with data.

Working with lower performances can make a huge difference in your wallet and in your competitors’ patience.

Lose some time checking your campaigns and always be focus on the market variations.

A new offer can provide good results in OS/Devices/Carriers that were erased before, so don’t forget to re-test from time to time these kind of features that aren’t running anymore.

I hope this article can be a strong help when doing media buying and shows you different perspectives.

I wish you good investments and analyses!