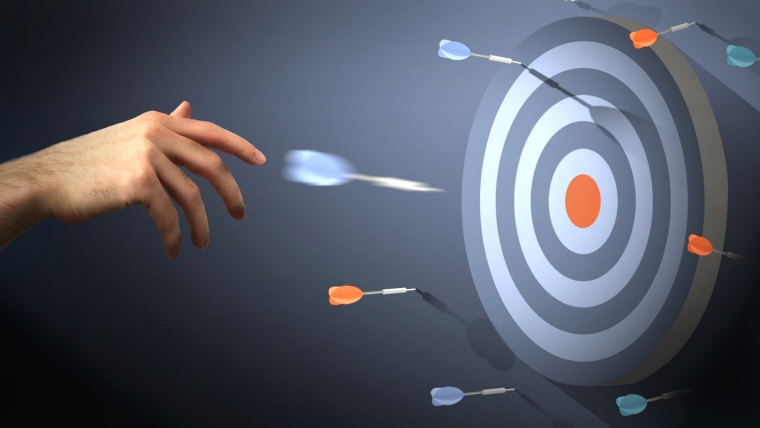 We’ve got some more media buying mistakes for you to check!

To become a successful Media Buyer, you must avoid making the same basic mistakes that can hinder your way to the golden world!

In Media Buying Mistakes Part 1 and Part 2, you’ve learned about the importance of being patient, open minded, attentive and analytical.

In Part 3, you understood the crucial need to be original and not get ahead of yourself.

As a media buyer, you just need to follow these tasty tips to get going to CashTown!

This is probably one of the most important pieces of advice I can give you!

You don’t pay extra to create different campaigns, so fire away.

Never mix more than one country in a campaign!

Why shouldn’t you do it?

Because – if you do – creating and optimizing your campaign will be like experiencing hell on earth!

All the info will come in bulk and mixed among countries, making it much more complicated for you to check which parameters work well.

All the info regarding hours, operating systems, mobile carriers, and languages will be registered, which is definitely not good.

Why is it harder to create and optimize your campaigns?

Let’s imagine you create a campaign for two countries – for example, Spain and the UK.

The first issue attacks you when you need to decide which pre-landers and banners to work with.

In case you happen to be using creatives with Spanish copy, they won’t be good for UK traffic, and vice-versa!

Let’s continue in our hypothetical world, focusing on this made-up campaign in the UK and Spain.

Imagine you wanna promote a Single Offer with the traffic you’re bidding for.

If you don’t choose an offer that allows the UK and Spain, you’ll be losing traffic.

Should an offer be specific for one of these countries (and not the other), part of your traffic will fall off the offer.

This means you’ll lose part of this traffic and get it going to an offer that’s gonna have 0 conversions.

Now let’s pretend you wanna optimize that same campaign, with both Spain and the UK, by browser languages and dayparting.

If the campaign has both countries, it’ll be impossible to do it!

Why is it impossible to optimize per languages and dayparting for both campaigns at the same time?

Because the languages spoken in these countries are different!

Plus: the time zones are also different!

Here’s what can also happen: you’re bidding below the value you can bid for.

Let me give you a good example using the same situation: on this campaign, you’d notice a different performance between the UK and Spain (and even among their carriers).

This also means that you could get a better performance in one GEO and therefore a higher eCPM.

That’s why you should be able to set a higher bid for the best performing GEO.

That won’t be possible if you merge the GEOs like a crazy numbskull!

True dat! In case you happen to see a high payout, don’t get all psyched, calling your friends to tell them you’re gonna make it rain like it’s insane!

Trust me on this: higher payouts don’t always mean a whole lotta cash coming your way!

You canvass through the offers and notice one you like. It’s got a payout of 15€ and then you start thinking: “I’m gonna be rich!”

Wrong! You shouldn’t make assumptions based solely on that super tasty payout!

Most of the times, the high payouts you see are for offers that hail from top tier countries.

This means that buying traffic from these countries will be more expensive.

The impression costs more and that’s why the payout is higher. Simple!

You must be thinking: “but if it pays so well, why shouldn’t I promote it?”

When you’re just starting in the online media buying world, you need to take things slowly.

Creating campaigns in countries that have these huge payouts may not be an easy task.

In fact, it’s something that’s meant for more experienced players.

I’m referring to guys who know their audiences back to front and can sense what works well and what’s gonna fail miserably.

As I’ve alluded to before, the problem with working with these offers is that an impression is more expensive.

If you fail to target precisely or simply can’t seem to find your perfect niche, you’ll probably gonna lose some brass!

My genius tip to avoid this rookie mistake?

Start with lower payout offers, in countries where the traffic is not as expensive as in top tier countries.

Even if you’re not a Media Buyer, you need to know that the payout isn’t exactly the best metric.

There ain’t no metric that can possibly beat the eCPM or the EPC.

This Ain’t a Lawless Land

I know the type. You stroll online, thinking that this business has no rules and you can do whatever you feel like doing like Walter White or Don Corleone.

Even though this is an online business, this ain’t the Wild West!

Fail to comply, and you’ll be sorry you were born!

Just because these ad networks happen to deal with Adult content, that doesn’t mean you’re free to do whatever you feel like doing.

That’s why it’s important to respect the rules and follow guidelines!

And why is that?

Because this cold disregard for authority may get you in trouble.

In fact, you’ll be banned from the ad network.

Moreover, you can affect the affiliate network you work with, where you’ve actually gotten the offers from!

Beware, my friend! In this biz, reputation is everything.

The whole ecosystem is relying on everyone to be on their best behavior.

Disrupting the system is gonna hurt everyone involved in the media buying scene!

Every ad network has a different set of rules.

These can be technical, restrictive, or just plain common sense rules!

Read them carefully so you don’t miss out on anything or do something you’re not allowed to.

Respecting the rules, ethics and everyone’s work is very important, unless you wanna be banned and spend your daily existence knowing you’ve gotta live with your parents in an old building, wishing for something better than your momma’s cold brown couch!

Bid Yourself Before You Wreck Yourself

In the world of media buying, you can either use a fixed bid or a smartbid system.

One of the biggest mistakes beginners make in this business is to rush things and not pay attention to what’s surrounding them.

Always be attentive and study what you’ll do, to make sure you make the best choices with all the information available.

A smart-bidding system basically allows you to save money and keep being competitive at the same time!

It’s a system that grants you the same traffic as you’d have if you were using a fixed bidding system, while spending less money to do so.

Of course this isn’t just about saving cash.

Using that money wisely is also gonna let you know how your competition is performing; how you’re performing compared to your rivals; and how much the 1st position is paying for the traffic they’re receiving.

This master knowledge allows you to mess with your competition, making them pay more than they’d be willing to do at first.

I’ve referred to ad networks that have this bidding system which allows you to save money (the most common one).

Even so, there are other networks which have a pretty different auto-bidding system (TrafficJunky is one of these, for example.)

That’s why it’s crucial that you understand every aspect of this ad network game so you can explore the bidding system like a superfly pro!

It’s fundamental that you follow this rule and avoid a mistake so awful your friends will harass you every day for making it:

Don’t forget to set a low budget when you’re just starting a campaign!

Following the logical reasoning of the previous point, you’ve gotta be careful and pay attention to succeed in this game.

You’ve gotta watch out for opportunities that might come up.

Setting a low budget when you’re starting out is very important.

Not only for one specific reason, but for several. Before optimizing, you wanna test.

The best way to test? To set a low budget at the beginning!

Here are 3 reasons for you to realize what I’m referring to:

It’s essential that you work smart and be patient!

Don’t go all in at once, especially if you’re not an experienced player!

Set a low budget, start getting some traffic, optimize it, see those conversions rolling in and the green paper flashing in front of you!

We aren’t born taught how to walk, how to write, how to read.

It’s normal that we make some mistakes from time to time.

You just need to learn from them and not be let down.

Gladly, there are some guys willing to share their experience and help you face reality!

The Media Buying process can be tricky, but if you follow these hot tips, you’ll be on your way to the bank!

Loved the fourth installment of our Media Buying Mistakes Series?

I’m here to answer them all!