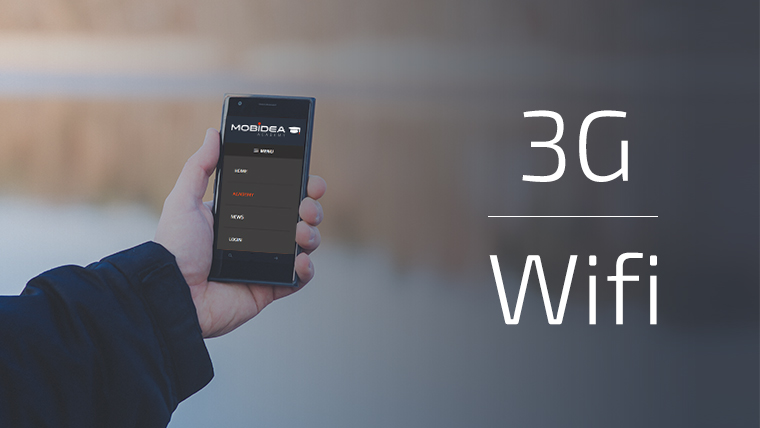 3G Traffic vs Wi-Fi Traffic: The Expert Point Of View

We hear these words almost every day.

They’ve become part of our vocabulary and are connected to our modern life.

However, most of us don’t even think about what these terms really mean.

For instance, what are the advantages of each one? What are the differences that separate them?

Today, we’ll take a quick look at some of the differences, advantages and disadvantages of both from a user’s and an online marketer’s point of view.

The most logical benefit of the 3G connection is that you can use it everywhere on your phone/tablet and even on some laptops as long as your mobile carrier provides internet.

The signal is coming from the cell tower of the mobile operator and that’s why it covers a huge area.

The disadvantages are also quite clear: you usually have to pay your mobile operator extra in order to use this service.

Moreover, carrier connection is normally slower than Wi-fi, so it would be difficult to actually work with it and process heavy data.

Even so, it’s widely used for logging on social networks, checking your mails, GPS and searching.

Let’s start with the disadvantages.

This means the signal is weaker and you can only get it within a certain area.

Secondly, Wifi is more prone to attacks from hackers, especially because they can access your data in public spaces.

As for the advantages, they’re quite clear.

First, the connection is much faster.

Secondly, if you use public spots, you won’t have to worry about spending money.

As a media buyer, you need to understand that Wifi and 3G traffic convert in a different way.

You should keep this difference in mind when you’re buying traffic, especially on ad networks that can’t split 3G and Wifi.

The first thing you need to take into account is that 3G traffic usually converts more easily and better than Wifi because of the 3G connection’s billing solution.

Lots of carrier offers have direct billing option which means users are charged directly from the balance of their mobile phone after confirming they’ve acquired the service.

Wifi, however, doesn’t have the user’s billing data.

That’s why another step appears in order for the user to subscribe.

The step will require the user to introduce his billing data and either a phone number or his credit card details.

With Wifi, you’ll notice that both your eCPM and conversion rates will drop.

That’s the reason why, even in the same country, you’ll notice that the eCPM for the operator traffic is usually much higher than for Wifi.

Moreover, different operators in one country can convert in a different way.

The explanation for this is simple:

We might have different offers with different payouts, performance, and conversion rates, depending on operators (and their rules).

Because the eCPMs are much higher and, therefore, there’s a better chance of making a great margin.

Due to the fact that the conversion rate is higher, you can make decisions based on relevant stats with lower volume.

However, there’s a catch: because there are lots of people competing for this traffic, the traffic prices rise high.

What does that mean?

It means you gotta bid high in order to get a good volume.

That’s risky because it can force you to spend a whole lotta money really fast, especially in countries which have huge volumes.

It’s a fact that media buyers tend to work with 3G.

Even so, that doesn’t mean there’s no money on Wifi.

That’s a huge advantage because, even if the eCPM of the offer seems much lower, there are some countries where you can make a profit with the huge volume of Wifi traffic.

Another advantage is that there’s almost no competition for Wifi traffic, so you won’t need to fight a losing battle to get volume for a reasonable price (moreover, most of the remnant traffic found on ad networks is Wifi).

Check these media buy tips that are gonna help you work with 3G traffic and Wifi in different ad networks.

If you work with ad networks that can’t split carrier traffic and Wi-fi, you should pick one of these options in order to be profitable:

If you work on ad networks in which you can split traffic, here are my tips:

Remember that the device and OS performances can also be related with the carrier.

For example, if I have a campaign for all carriers of one given country put together (Russia – Beeline + Megafon + MTS + Tele2), my overall performance for iOS (for example) may be bad, even though it can be great for Beeline in particular.

Moreover, it can also be awful for the other three carriers mentioned in the example.

That’s why it’s important to split.

In order to be a successful media buyer, you need to select your traffic carefully but never forget:

Even though the approach may be different, there’s enormous potential in both carrier traffic and Wifi.

Hope you can use these tips on your way to media buying glory.