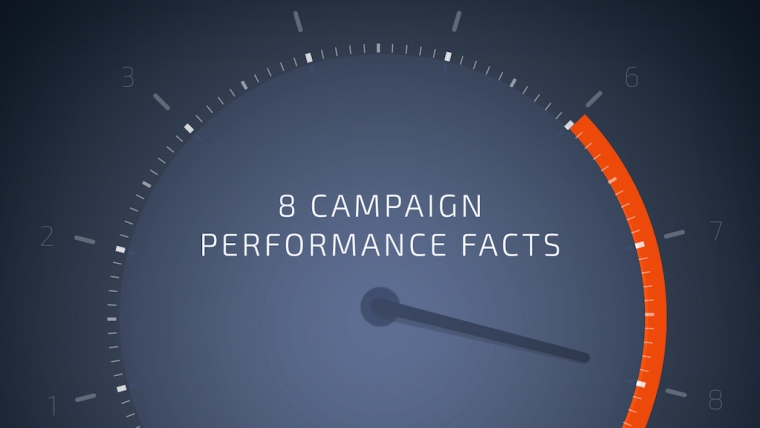 Imagine you’re promoting a mobile marketing campaign and making big bucks, letting all the people in your neighborhood know who’s the king!

Then, all of a sudden, your mobile marketing campaign revenue drops to the bottom.

You feel low, downtrodden, and are left with no idea of what to do next!

This article was created for you to understand exactly what could have happened with the campaign.

In case you use a Smartlink you may not notice it.

However, this is a real risk if you wanna promote single offers.

This is the reason why it’s so important that you’re aware of your moves and cover all your bases.

Wanna know how Single Offers and the Smartlink differ?

1. In the Advertising Realm, Size Matters

In fact, some advertisers are huge sharks.

They’re big corporations with thousands and thousands of employees and unlimited advertising budgets.

On the other hand, some are new-born companies making their first impression in this big, wonderful, hyper-competitive ecosystem.

What does this mean?

That their expenditures are gonna be lower.

Indeed, they need to be very controlled at the beginning of their activity.

Keep in mind that – in subscription campaigns – carriers pay advertisers from between 90 to 180 days afterwards; in APPs, it also takes months for the advertiser to start seeing some of that sugary, saucy profit!

These enterprises need a huge cash flow (working capital) to keep their activity going during this time without having to pause any campaigns.

Moreover, you should remember advertisers don’t like to put all their eggs in the same basket.

That they spread their budget across several networks to ensure they maintain a steady flow of user acquisition and minimize the risks of not getting any users.

In addition – in new campaigns – the advertiser may want to limit the budget to better monitor the campaign’s performance before letting it run loose.

The advertiser may also cap the budget at first.

Because – when advertisers add new traffic sources – they want to examine the user quality before opening the tap.

2. The Nightmare of Payment Delays

Every now and then, an advertiser gets behind on their payments.

This happens when advertisers make bad decisions setting up the payouts or when they choose bad traffic partners to promote their campaigns.

When something like this happens the next move is simple: campaigns need to be paused if they’re impacting your results.

Do you have any idea of how many servers are being used by each given advertiser or tracking company?

If we start thinking about carrier billing campaigns, then these numbers go through the roof!

This means that every now and then someone makes a mistake, or the hardware crashes, or the software updates but not how it’s supposed to and, all of a sudden, notifications stop being delivered.

This immediately impacts your revenue and forces you to make decisions, stop campaigns, or remain strong and willing, fighting against the current.

These situations are unpredictable and can impact your campaigns a whole lot.

When something like this happens on a Friday afternoon and advertisers only fix it on a Monday!

4. Let Me Just Change This Button

This can be one of those well-meaning mistakes but have some seriously dire consequences!

Sometimes, a mobile marketing campaign drops its performance because advertisers are performing tests on the landing pages and optimizing every aspect that impacts acquisitions.

Sometimes they get it right; others … not so much.

This is all temporary, though.

Soon, the advertiser will notice the mistakes and get right back to the best performing elements of the page.

This one is quite simple to grasp.

Capital is everything, right?

Once their metrics start showing they’re not making any hard cash, well… they stop everything!

They’ll always try to make certain changes to the pages or drop the payout before this goes down.

Even so, if nothing changes, advertisers will obviously stop all those insidiously unprofitable campaigns with a vengeance.

If you’re one of those ballers that have been playing the affiliate marketing game for some time, you’ve probably noticed that rules for advertising are becoming stricter.

This is clear when you think about subscription campaigns that use carrier billing.

Some carriers got tired of the number of complaints received from users and started to increase the number of steps needed for a conversion to happen.

Until recently, you could find 1 click flow campaigns on every country on planet Earth.

Now, though, the reality has changed.

Indeed, this isn’t as normal as it used to be.

Such a ground-breaking change has a remarkable impact, affecting the number of dollars everyone is gonna be making!

7. Contracts and All That Carrier Bureaucracy

Every advertiser working with subscription campaigns has a signed contract with a specific carrier for a limited period of time.

When this period is approaching its end, negotiations will take place so as to renew it.

Even so, as in every negotiation, some go well and some don’t.

Metrics such as user complaint and user profitability are taken into consideration and may lead to campaigns being closed.

This is the worst case scenario.

The advertiser found an ad that is misleading users into acquiring their services (such as the wrongful usage of the word “Free” for premium services).

This specific ad causes many of them to leave services sooner than expected.

Or maybe the advertiser sees someone doing iframing on their services (users are basically being subscribed without knowing or even seeing the actual landing page).

This causes advertisers to stop the promotion of services and even makes carriers suspend and block advertisers.

If you wanna play the game, you’ve gotta keep it clean!

These are the most common situations that I face on a daily basis.

These are the reasons why I must always devote a lot of time to these problems, making sure they affect users as little as possible.

In order to understand performance variations you should definitely check this post.

Our job has one goal only:

To allow you to focus on what matters most!

Making those super cool profits you love bragging about!