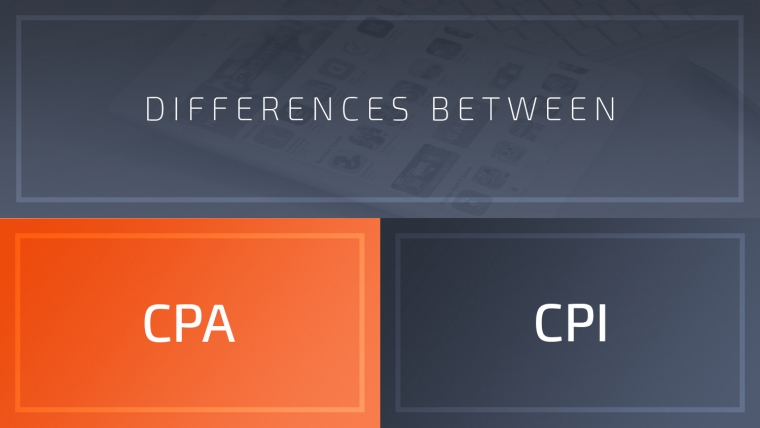 CPA vs CPI: What’s the Deal?

The world is your oyster.

The sun is shining, the birds are singing and you’re ready to start your digital marketing journey.

Then, something weird happens that promises to leave you feeling sick: you’re assaulted by an array of utterly complex acronyms and abbreviations.

Trios of letters such as CPA, CPI, CPL, CPC start haunting you in your dreams.

It’s enough to make your head ache for a while, am I right?

No worries, your troubles will soon be gone!

This Mobidea Academy article has a clear objective: to define, differentiate and explain in as detailed a way as possible two of the terms that you’ve surely been attacked by:

These two terms deal with the model of cost calculation that will be considered in the contract you have with the advertiser, which is the company that owns the offers.

On a CPA basis, you’ll be compensated for each specific action/acquisition; on the other hand, CPI will allow you to earn per each install.

Get it? Let’s elaborate a bit, shall we?

I know what you’re thinking: what does action/acquisition really mean?

The CPA model is directly related to subscription services – the ones where you sign up for a service and are probably gonna be charged for it every so often.

The action/acquisition is usually considered the simple act of a customer subscribing to a given offer, meaning that the advertiser will pay for every subscription.

Here are some examples of what I’m referring to: services that provide you videos, news, or your horoscope on a daily/weekly basis.

Some offers of games have a CPA model, but it’s not something you see every day. It’s considered to be quite the safe model.

Why? Because the advertiser ultimately pays only for the action it desires to obtain from the customers, which – putting it simply – generally is a subscription to its service.

Safety matters and – trust me – CPA is fairly safe, especially where fraud is concerned.

Considering that a subscription costs money, the traffic is usually legit, because a person would not want to generate fraudulent traffic when paying for each action taken – this is quite different on the CPI model, as you’ll soon see.

This isn’t a rule and fraud does occur in CPA, as it does pretty much everywhere else.

On Mobidea, we’ve got your back.

Indeed, our job is to use all the tools available to prevent fraud from becoming a reality.

That’s why Mobidea has a special team dedicated to fraud prevention.

This is the reason why we’ve got the best traffic quality the market can offer!

As you may have already guessed, the CPI model deals mainly with apps and games.

To put it as simply as possible: each time an app is installed, you get paid.

You’ll see that it’s not as straightforward as that and that advertisers are always making demands and imposing tougher regulations to this model.

The first big difference between CPA and CPI models is a fact that you certainly already know but maybe didn’t think much of:

Wondering how that’s even possible?

The advertiser is paying for an install that was free.

Does that really mean he didn’t get any cash from it?

Nevertheless, that’s obviously not the whole story, or else you could say that advertisers are not being rational, and this is surely not true.

Here’s the deal: advertisers need volumes, especially at the beginning of new campaigns.

This means that an advertiser’s first concern is obtaining the highest number of installs possible.

Because he already knows that only a fraction of the total number of installs will become active users and an even tinier fragment will become actual, trustworthy, paying users.

What does that mean?

Advertisers are always concerned with the churn rate.

This is the rate in which customers leave a specific service.

This is true for both models alluded to in this article, but it’s even more relevant for CPI, since it translates to the proportion of users that install the app but never become active.

This term is actually the main point behind the explanation I gave in the previous paragraph.

Due to the fact that’s such an important parameter, we’re proud to offer you the highest quality traffic possible, which implies lower churn rates.

There’s another step after the user becomes active:

Ideally, he should become a paying user, which is the guy that makes in-app purchases.

This is the one that’ll make the model worth it and, for the advertiser to be profitable, he has to compensate for all the others that installed for free and didn’t generate revenues at all.

Do you know what that means?

That both margin calculations and breakeven points have to be sharp!

Another way an advertiser can make money is by promoting other apps in his own products.

In this specific case, he’d take advantage of the traffic he has in order to gain money advertising other apps that can either be from his own company or from third parties.

Furthermore, here’s another acronym for you to become acquainted with:

This funny-looking group of letters stands for Average Revenue per Paying User.

This is a crucial parameter because, when considered along with the users’ retention periods, it gives you the important LTV (Lifetime Value), the lifetime value.

The latter is the essential element you need in order to be able to measure real performance on both models – even more relevant on CPI.

At the end of the day, you can never forget about an advertiser’s main concern:

Guaranteeing their LTV is higher than their CPI.

This is the holy grail.

It’s what successful campaigns are made of.

Traffic Quality on Both Models

When I addressed fraud while speaking about CPA, I pointed out that there was a big difference between the two models. Allow me to elaborate.

First of all, CPI is much more susceptible to fraud, especially when considering free apps.

Why? Well, as you may have guessed, there can be some dishonest people that make use of bot traffic, for example.

How? By setting up a “robot” – hence the term bot – that keeps installing the app over and over again, as it will gain from each install.

It can be, but only for a short period of time. Sooner or later, the advertiser will realize something’s up:

That’s when it hits him.

He knows what’s going on.

His rate will probably go through the roof!

There are other forms of fraud on CPI, such as forbidden traffic, which has a lot to do with incentivized traffic.

This kind of traffic comes from users that will gain something by performing an action.

For example, if he or she installs your app, they’ll win some benefit in a game, such as lives or a special item.

This kind of traffic is considered to be of low quality, since the user will usually perform the action just to gain the benefit and then leave.

This is why advertisers don’t generally allow this practice.

Due to this greater fraud vulnerability, business models on CPI are becoming stricter.

Now it’s common to hear the terms CPI + KPI or CPI + CPA as cost models, where you have to combine the install of the app with some performance indicator.

In the case of KPI, Key Performance Indicators, it can be something like reaching level 10 in the game in the first month, or some in-app acquisition, in the case of CPA, such as buying a special customizable item.

This is a way advertisers have found to protect themselves against low quality traffic.

It’s simple to grasp that the costs of these kinds of models will be higher than the standard model, in which the user just needs to install and open the app for a conversion to be accounted for.

If you can choose, the standard model is obviously the best choice.

This is not to say that the other cost models can’t be profitable, particularly if you’ve got a very good offer.

Even so, it’s definitely harder to make such models get those huge profits you know you love!

You’ve been taught the terms and have been able to grasp the meanings.

Even so, the question remains: which is the best method?

Ready for the answer?

The art of affiliate marketing, much like all other forms of labor, is not an exact, by-the-book science.

Choosing between these two acronyms depends on your profile, the offers to which you have access to, and the segments you like to work on.

Additionally, CPI tends to have lower payouts and a higher number of conversions when compared to CPA, since a conversion is – many times- just the installation of a free app.

Test as much as possible so as to be able to find out which of these models can give you more bang for your buck.

You can and probably should work with both kinds of offers, since it allows you to diversify, and this is a concept that’s always good in any form of financial investment.

You’re ready to go for it!

Expand your investment profile and see what can work best!

Keep seeking that cash and stacking that heavy green paper!