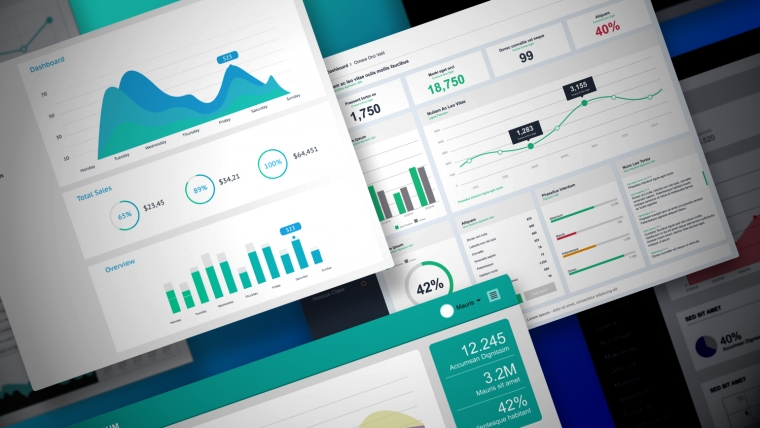 What is an Ad Network and How to Effectively Use It

One of the most important facets of online affiliate marketing, ad networks are used to make the interaction between advertisers and publishers as easy as it can possibly be.

Basically, these networks are companies that serve as mediators, and they sell advertiser’s inventory to publishers that are interested in it.

Picking the right ad network could potentially make or break your business, so it pays to know a bit about them – what are they, how do they work, and what are some of the important things ad networks do.

What is an Ad Network?

Ever since the World Wide Web was created, there were tech-savvy people who were intelligent enough to see the web as a good sounding board for various products.

In particular, since the dotcom bubble in the late 90s, more and more people have seen the value of online ads, and almost every self-respecting business has some sort of online presence.

Of course, the more people wanna advertise, the bigger the need for advertising space is.

Today, this is an industry worth more than a hundred billion dollars, and it’s steadily rising (there are estimates which show it’ll be over 230 billion USD by 2019).

This means there’s plenty of sea for even the smallest of fish, and anyone who wants to do online advertising can nibble on the leftovers abandoned by the financial whales.

Now, the easiest way to go about this is to build some form of an affiliate marketing site, if you don’t happen to be a business.

For that purpose, you need to become acquainted with how ad markets work if you really wanna get the most out of the time you put in.

You don’t have to be a marketing guru to build a good website, but this basic knowledge can help you a lot in understanding how it all works.

A short overview of how ad networks came to be

Like a lot of good stories, we start way back with this one. During the mid-90s, the concept of the internet was becoming known even among the laymen, and the dotcom boom mentioned at the beginning played a huge role in shaping it into the vast network of info that it is today.

In this period, a lot of online companies sprung up and their stocks shot through the roof – some of these companies saw their shares raise their value by a 1000% in a very short time.

Of course this volatile state of the stock market couldn’t last long and it led to an inevitable crash.

The majority of these companies either filed for bankruptcy or were bought out (if they were fortunate enough).

However, during this sudden surge, a lot of issues had to be addressed with how the internet worked on such a large scale, not the least of which was the issue of advertising.

Since the people that owned businesses needed a way to reach publishers that could publish their ads, it was soon discovered that this was quite difficult to do in case you wanted to reach each individual website yourself, door-to-door style.

In essence, an ad network is a company.

It’s an intermediary between the publishers and the advertisers and it handles the communication and transaction to make it easier for its clients.

To show how important these ad networks were (and are), let’s take a look at one of the first of this type:

It was founded in 1998 and, at the time, it was one of the top 10 most-visited websites on the internet.

The advertisement giant survived the dotcom crash of the early 2000s and was later bought out by Google for a handsome sum of 3.1 billion USD in 2007.

At this time, Google AdSense was around 4 years old, and the newly acquired DoubleClick’s proprietary software served as the basis for the Google Ad Exchange, under a convenient moniker:

Google DoubleClick (a subsidiary of Google).

What you need to know about modern-day ad networks

Ad networks collect and aggregate info from potential advertisers and then post it for the potential publishers who’ve got ad space to put it up.

When the transaction is agreed upon, an ad is sent from the network’s server to the website that called for it. Easy!

All of this info is usually defined by the size and by where the ad is published, and it’s commonly known as ad inventory, both for publishers and advertisers.

For example, the inventory of ad space (publisher’s inventory) can include mobile, email, YouTube, or desktop ad space, or any other media for that matter.

Typically, this space is bought by advertisers in packages that are created by the ad network, based on the publishers they have at their disposal.

All the ads are safely stored on the ad network’s servers and then distributed to the publishers when called upon.

In the other direction, ad networks have to know which one of the publishers is responsible for a click on the ad by the potential customer, in order to pay them out.

The tracking on the ads is usually done via the so-called tracking pixel which is basically a hidden pixel, usually right next to the ad.

This pixel contains JavaScript code that tells the network from which site the click on the ad came from.

AdSense is probably the biggest ad network around but it leaves a lot of the work in the hands of its users.

On the other hand, smaller or more specialized networks have dedicated teams and services where they do the bidding, targeting, analytics and optimization.

As the internet evolves, so do the advertising methods.

Nowadays, a new form of an ad marketplace has shown up and is slowly phasing out the traditional marketplaces – DSPs, or Demand Side Platforms.

Demand-Side Platforms are essentially a form of dynamic markets where you choose to bid on individual impressions, or clicks, instead of bulk orders.

In fact, these platforms communicate with an ad exchange where advertisers post their inventory with a similar platform – a Supply-Side Platform.

This system allows for much more flexible advertising strategies than the typical ad networks, which didn’t go unnoticed.

Most networks are starting to offer these services, or are switching to a new model.

How to choose a good ad network for you

Even though most networks operate on a similar principle, there are lots of differences.

Moreover, since the offer is currently huge, it’s important to know what to pay attention to when you’re choosing your ad network.

Being this quite a broad topic, it’d probably be easier to take a look at some key points that’ll be super helpful for you guys to know!

Your target audience and niche

This one is important for pretty much any facet of your blog or a site.

You have to know who you’re making your content and products for.

This includes knowing their age, location, interests and so on, particularly when it comes to advertising.

It goes without saying that applying established marketing practices to your audience evaluation helps a ton.

Produce surveys, get to know your audience through various channels, and build your buyers’ personas.

In addition, certain niches have their own peculiarities, or at the very least are so developed that they’ve got their own dedicated ad networks.

A good example of this are the adult ad networks.

The adult industry is gigantic, especially online, and it has a large number of ad networks specifically designed for it.

While not always the case, sometimes more is better.

Because the larger the network, the more advertisers it has, making it easier for you to use your saucy ad space in the best way possible!

Since the larger networks have a bigger inventory from which to pull when they match your request with the best-fitting ad, there’s a higher chance that the ads on your site will be better-suited for your audience, increasing your ad click through rate (CTR) in the process.

Quality of the ads on the ad network

Size alone is obviously not enough, as quality plays a huge role in your ad’s CTR.

It doesn’t matter if the network was large enough that you have an ad for a product or service that fits your site perfectly if that same ad plainly sucks.

What to do, then?

Remember that you should always balance out the quality vs quantity approach as much as you can, prior to committing to it.

It’s important that you build your brand as a reputable quality provider since poor ads can severely damage your audience’s trust.

For example, imagine you’ve created the best website possible for organic food, and your ads link to McDonald’s, or some other fast-food chain.

What’s gonna happen to you, buddy?

Nobody will take you seriously! That’s right!

Which ad formats are available

Again, another seemingly innocent aspect that can play a major role.

Ads come in various shapes and sizes, sure, but you should also think about what type of ad is best for you.

Some of the typical ad formats are:

The question of which ads you want on your site is answered by – you probably guessed it – knowing your audience, and the type of website you’ve got!

Since it’s obvious you can’t know this right off the bat, you need to do some testing and see how different types of ads perform.

Due to this crucial fact, ad networks that offer the same ad in multiple formats give you a bit of an edge.

How the payout is structured

While not directly tied to the performance, payout structure is something that is personally important to you as a business owner.

The usual methods are:

Typically, networks offer one or more of these, so always try to find the one that you think fits you best.

Related Content: CPC vs CPM: Getting The Price Model Right

Of course, since hindsight is 20/20, you’re advised to see what other publishers that use that network think.

Which leads us to the last item on this list!

Even if the network you have your eye on checks all the previous boxes, things might not always be as they seem.

If possible, try to learn about the experience of previous users, since it could all look good on paper but then you sign up and end up with a dismal service that doesn’t deliver on what it promised.

Some networks will help you out with pretty much anything related to their services, while others will have very limited customer support, so bear that in mind.

While you don’t have to know what’s under the hood of your car, you’d still like to know how to change your oil, or what some of the basic engine parts do.

The same can be said of online advertising.

You don’t have to be an analytics guru or a marketing genius, but the field is getting more and more competitive, which means that you need to pay attention to the basics and build from there.

Even though there’s enough room for everyone, you really need to find your own space in it, so you’ve gotta create your own brand and identity.

Knowledge of ad networks and how they’re used can help you in this endeavor, so go ahead and make it rain like it’s insane!

If you have any questions, leave them in the comments below!