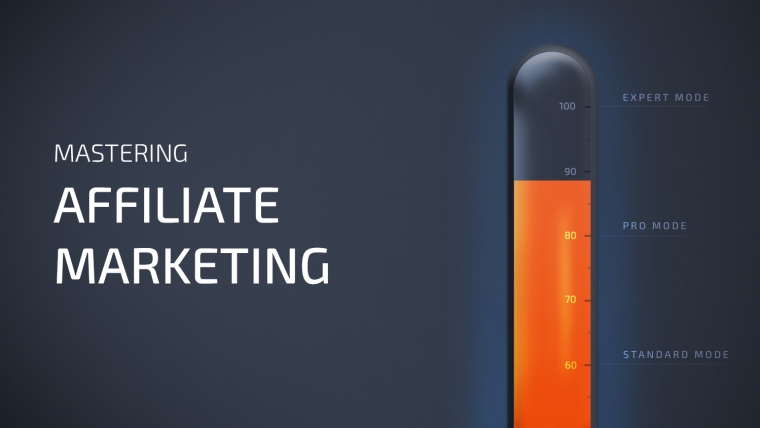 Mastering Affiliate Marketing: How Not to Give Up

In the world of affiliate marketing, there are two completely different kinds of people: the first kind is the eternal newbie.

These are the people who will always consider themselves to be greenhorns in the game.

They may know one aspect of media buying pretty thoroughly but won’t be able to provide the sort of commentary and tips that really improve the lives of affiliates all over the globe.

The guys who have been at every event, read every forum, created articles explaining every complex, specific, master-level part of this remarkably challenging game.

One of these few experts is Matej, also known as Matuloo in industry circles.

He’s part of an elite group of super pro players who know the game back to front and who are teeming with valuable, awesome insights on every possible thing you may think is related to affiliate marketing.

From now on, Matej a.k.a Matuloo is giving us the honor of joining the writers crew as a guest writer, allowing you Mobidea Academy readers out there to have access to some of the industry’s best articles!

Ready to read the first one?

Affiliate Marketing gets a TON of interest from people looking for ways to make money on the internet.

This is a known fact and there is no need to argue about it.

The sad and ugly truth is that only a fraction of these eager people actually end up making it.

Indeed, the majority gives up at one stage or another.

This is another fact we don’t need to argue about.

But why is the percentage of those who reach “Profitopolis” so low?

And what can you do in order to join the winners and not give up like so many before you have done?

A lot has been written about the requirements needed to make it in this game and I don’t like to repeat what has already been said.

We all know it’s a lot about the right mindset, hard work, persistence, cash flow, etc.

I’m not gonna write about that stuff again.

I’d like to approach this topic with a personal touch and focus on 2 MAJOR obstacles I personally had to go through and how I was able to overcome them.

In a marketplace where everyone wants to sell you their “manual/course/secret code” it’s hard to believe in something.

Is it simply one large hoax to sell you more courses, like a freaking Ponzi scheme?

Are all gurus sucking naive newbies into the system, so that traffic networks can sell them some bots, affiliate networks can earn their margins on their attempts to become millionaires and then kick the poor guys out, after they’ve lost a couple $1000?

I certainly was in a stage when I actually did believe this was the case.

I started dozens of campaigns and I couldn’t turn profitable, no matter what I did.

Everyone was telling me it was feasible and many people were profiting, but I simply didn’t understand how it could be possible.

I felt like a sheep waiting in line to be shaved.

I was bringing out my A game, thinking I was doing the best there was to be done and the results still didn’t come.

The only logical answer for me was that the system was a fraud.

When I look at the banners I was using at the beginning, I feel like crying.

They were so dreadfully bad!

The same goes for the campaign setup – it was one galactic mess.

I was missing the skills, still wanted to compete with the pros, and I blamed my failure on the “corrupt system”.

I was very close to giving up and telling everyone how this whole paid traffic marketing thing was a scam.

Here’s the deal with my issues:

How did I overcome this obstacle?

I couldn’t give up because my old business was dying and I didn’t have any other back-up plan.

I was testing like mad and one day it happened: I hit my first green campaign.

I remember it perfectly:

It was an adult dating offer called Milfaholic.

Hitting a profitable campaign can be a matter of pure luck.

In fact, it can happen to anyone, but that doesn’t make you a successful affiliate marketer.

Every campaign will die at some point.

The key is to be able to keep creating new profitable campaigns.

If you can do this, you can safely say you’ve mastered affiliate marketing.

But it’s not so easy and it took me a rather long time to overcome this obstacle – those were some of the most depressing 7-8 months in my “paid traffic” affiliate marketing career.

I hit my first profitable day with that dating offer, but it only lasted for 3/4 days.

And there I was with nothing in my hands again.

BUT, the trust issue was solved. You can believe what you want and fall for the conspiracy of your choice, but once you see something with your own eyes, you simply know where the truth is.

I knew this was working.

All there was to do was identify the key factors and figure out what went wrong.

I had approached this in a totally wrong way.

I was as stubborn as a bull.

It worked on that spot, it will work there again, right? Well, no. It didn’t.

There were several things that were responsible for the situation and I could identify them quickly today, but at that time I didn’t have the knowledge to do so.

Instead of trying something else, my brain was fixed and I had the same exact setup I had when I hit the first profitable day.

I refused to change something because I believed I already had the winning formula.

The spot I was running at was probably the most competitive there is in the adult space.

In fact, everyone was using it for quick testing.

Therefore, the bids were too high.

Later on, I went direct with the advertiser since I sent a nice volume and ended up with $4.2 per lead.

But there’s a catch:

I used CPM instead of Smart CPM bidding.

Yeah. You got it.

I made all the mistakes possible and the payout I was getting simply couldn’t cut it.

Eventually, I identified all the problems.

I ported the campaign to different traffic sources, got a better payout, and improved my creatives.

In the end, I made about $50.000 in revenue with this offer, with a decent ROI at the final stage.

I could have taken care of all this sooner if I hadn’t been so stubborn and stupid.

Indeed, I could have saved myself a lot of stress.

Learn from my mistakes!

My Mistakes, Your Lessons

Just because something worked once, it doesn’t mean it was the best possible combination.

Don’t be obsessed with the first winning offer or landing page.

Don’t Stick to One Traffic Source

There’s no excuse to stick to one traffic source only, or to one placement.

The traffic world is huge so you need to explore it to the max!

This can all play in your favor.

I almost gave up during these 8 months, again.

I was thinking that maybe I was just lucky to hit something.

After all, it had worked for only 2 days, right?

I was also starting to believe there was some secret trick that the big guys knew and I couldn’t make it without it.

Basically, I was looking for excuses for my own incompetence and the absence of drive to test some more.

It was very frustrating, for sure.

As I said before, though, I knew I simply couldn’t give up.

This writer forced himself to test more.

You’ve gotta believe that your bro was bombing traffic networks with 100-150 new banners on some days.

I tested dozens and dozens of landing pages and eventually it all started to click.

The fact that I registered with more affiliate networks and eventually went direct with that particular offer.

Going direct was just a small % raise, but testing more affiliate networks was an absolute game-changer.

That was a huge boost to my revenue!

I suggest you test the same offer with more networks whenever that’s possible.

I was so stupid for not doing that immediately.

To stop using just one traffic source, testing 3 new ones.

This was a valuable lesson. It helped me a lot.

To move away from the US GEO and explore the world.

This opened a lot of possibilities for me.

I invested some money to translate my angles and LPs.

I realized there’s no secret formula and that my competition has the same advantages I can get with consistency – higher payouts and better funnels.

Once all this clicked, I started to see constant profits every single day.

I don’t think I had a negative day ever since!

A lot has changed in only a few years.

I have a team now.

We run in different markets and push a wider range of offers, but I will never forget how I started with paid traffic.

I would like to give one more advice to all the new affiliates that are reading this write-up:

This whole affiliate marketing world can look like a total mess and information overload when you first enter it.

The reality is that it’s a pretty simple concept.

However, you shouldn’t try to understand and master all the aspects at once.

You can spend days planning, but in the end, you’ll still start your first campaign as a noob and you don’t stand a chance to beat the pros right away.

Trust me: you don’t have the skills to choose it yet.

Just get something and throw some traffic at it.

Keep your initial losses small and learn along the way.

Nothing beats seeing it all happen in action! I have seen many people give up even at the beginner phase.

The inability to do so simply killed their motivation and they’ve quit.

I hope my story will help at least one of you to not give up and reach profit land.

Get in touch with Matej on his blog.