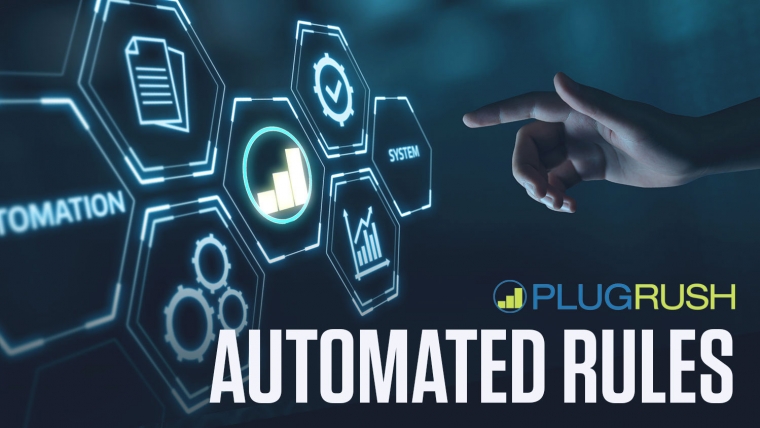 If you buy traffic from ad networks to convert offers as an affiliate marketer, you know it takes a lot of time to make sure your ad campaigns are optimized well. Daily optimization can be a real drag after some time. Much of it is very tedious and repetitive work, you may even need to outsource if you want to keep your sanity.

But what if a free system could take care of most of this optimization work? Would you give it a go? Automated Rules can do this job instead of you and there’s a place where it can happen for free!

What’s the Deal with Automation?

When buying traffic from ad networks for the Mobidea offers you’re promoting, the key to your success will often be how well you optimize your ad campaigns.

For example, when buying traffic from PlugRush, you’ll end up getting clicks from hundreds of sources, potentially containing thousands of sub-sources.

Regardless what kind of traffic you’re buying – mainstream or adult, desktop or mobile, from pops, banners or native ads – the variety is wonderful, but can be overwhelming if you don’t have an efficient and effective way to manage it.

The process of optimizing your ad campaigns has one goal – to find out which traffic converts well so you can buy more of it.

Sounds simple, but in reality it takes up a lot time. You’ll have to dig through many traffic sources within the network, locate the ones performing well, bid higher on them while blacklisting the ones that aren’t meeting your standards. After a certain amount trial and error, ideally you’ll know what to do.

Just by this explanation, you realize that it’s not very time-efficient to do all of this manually. Sooner or later you’ll need to outsource or automate the process for the sake of your time management.

If the ad campaign optimization process outlined above sounds time-consuming, it’s because it is. Especially if you want to get it right.

With this in mind, the developers at the data-driven ad network PlugRush got to work and built a system that would do this tedious ad campaign optimization work for you.

Depending on how long you’ve been in the affiliate marketing game, it’s likely that you’ve come across some automation tools. A few might even work pretty well, but there are a couple of pitfalls to them which are hard to overlook:

Now that we’ve made our point about using Automated Rules, let’s move on to the HOW of it.

It’s pretty simple, really. A rule applied to an ad campaign essentially tells it what to do, if certain events occur.

For example, you could set a rule that will kick in to eliminate a source from your campaign, if it spent more than $5 without generating a conversion.

This is likely one of the numerous things you do manually hour after hour, right? Wouldn’t it be nice to outsource it to a robot? After all, they don’t make mistakes if they’re tired or bored, and besides, you’ve got more important things to do.

How to Create Automated Rules

The creation process is straightforward and consists of only three steps: 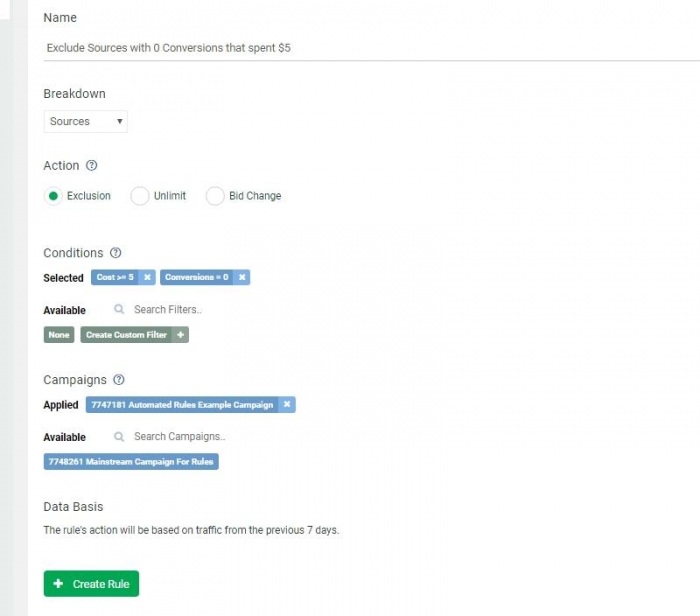 Note: If you’d like a much more detailed outline of how exactly PlugRush’s automatic optimization system works, check out their full guide about Automated Rules.

Conversion Tracking Between Mobidea and PlugRush

If you’d like to make use of conversion-based Automated Rules (FYI: they are the most worthwhile ones to use!) your first move is to set up conversion tracking between Mobidea and PlugRush.

Conversion tracking works by sending a Click ID, which uniquely identifies each visitor coming from PlugRush’s publishers with a token added to the PlugRush ad campaign URL. This Click ID is then stored by Mobidea and later used to tell PlugRush that a specific visitor converted, using what’s called a “postback URL”.

To make conversion tracking between Mobidea and PlugRush happen, take the following steps:

Note: Where it says REPLACE, you need to put your PlugRush user ID, which you can find listed on your profile page at PlugRush.

2. When you get an offer URL from Mobidea, replace the &tag={External_ID_from_traffic_source} part with &tag={$click_id}.

You won’t be able to work with the url for an ad campaign at PlugRush before you apply this change. The tag “&tag={$click_id}” is fundamental. It will let PlugRush send a Click ID to Mobidea for each visitor that converts.

And that’s about it.

Now, let’s get to the fun part.

What to do… oh, what to do with all that extra free time you’ll have, while your ad campaigns essentially get optimized by robots.

To understand how much time can be saved by using Automated Rules, PlugRush actually asked some of their advertisers and active media buyers purchasing traffic for conversion-based offers.

Many were able to achieve a reduction in time spent on optimizing campaigns of nearly 90%! Considering good media buyers spend most of their days optimizing the traffic they buy, that’s huge.

With this in mind, is there a better way to wrap up this beauty of a post than to give you some ideas on how to use all the extra free time you’ll gain?

There are many studies that show it’s a good idea to sleep for 7-8 hours each night. Now that you have extra time, why not spend it sleeping in a bit more often? Your active ad campaigns are pretty much taken care of.

Maybe you’ve always wanted to learn the art of defending yourself properly in hand-to-hand combat. Why not take some Krav Maga classes? When you return to your desk all bruised, hopefully, you still have all your teeth to smile at the work being done by Automated Rules to optimize your ad campaigns automatically.

Maybe you don’t need sleep and you’re obsessed with media buying? If that describes you, just keep creating more ad campaigns and essentially setting them on auto-pilot with some Rules. It would certainly be a wise use of your newly acquired extra time.

Just kidding, we won’t keep you any longer.