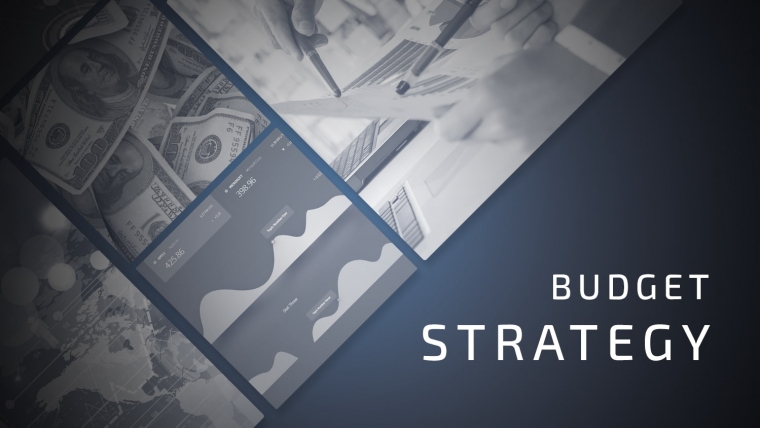 How to Create a Killer Media Buying Budget Strategy

Every day, no matter who you are, you’ll be put down and assaulted by a whole lotta restrictions.

They prevent you from taking certain strategic steps, keep you from getting to the top of the mountain, and make you sulk while thinking about the wishes you had for specific goals.

One of these goals that you sometimes must say goodbye to is called money.

Hard to earn, incredible to have, awesome to spend!

It makes the world go round, indeed!

However, it can also limit you.

Even so, if you’re wise and know how to play the affiliate marketing game like you ain’t lame, you’ll be able to invest smartly and get to be a money maker!

It’s the same with everything, including media buying.

In fact, us Media Buyers are always looking to know more about which offers to run, which ones are performing better, which is the traffic source we should go for, what kind of creatives we should be exploring, etc.

In this whirlwind of major decisions, we can sometimes forget the most important part of all: strategy.

That’s why this article will be great for you guys to understand the art of investing cash, knowing your weaknesses, and exploring the capital arena with intelligence and tenacity!

There’s a lot of folks out there who wanna learn about affiliate marketing and they always ask the same questions:

How much money do I need to start media buying?

How much do I need to spend on each campaign so as to gain relevant stats?

What should the minimum and maximum budget be?

How much do I need to invest to get some profit?

For you to really understand it all, we’re even gonna show you some cool case studies of campaigns launched on geos with very different payouts.

Then, we’re gonna analyze the differences and reach conclusions that’ll help you succeed!

First of all, you need to decide which Ad Network you’re gonna buy traffic from.

Not all ad networks are gonna drain you of your savings!

Even so, there are some other ad networks that are pickier with their advertisers.

The minimum payment on ExoClick? $200.

How do I select the ad network to go for?

You need to base that rational decision on capital, my friend!

Take a look at your budget and see what you can do with it!

Rest assured: once your budget increases, you can explore other choices by reinvesting your cash like Steve Nash!

You need to stash some real cash to have profitable campaigns.

Before optimizations and all those complex and thorough processes, you must have a reasonable amount of money invested on the traffic source to get some gold coming your way.

When launching a campaign, you don’t wanna see it get paused the next day due to a lack of budget.

That’s why you’ve gotta make sure you transfer a cool amount of money to the traffic source to keep things going.

Trust us on this:

Updated reports are quite valuable!

Moreover, when you set your budget, you can’t forget to check your affiliate network’s payment terms in order to understand the kind of cash flow you’ve gotta have.

Let’s say an affiliate network has a payment limit of $50 and it pays every day, just like Mobidea.

Now let’s pretend you wanna spend $50 on your ad-network on a daily basis.

That means you need to have at least $100 available, so you can run your traffic for that first day.

Then, you’re probably gonna earn $50 or more, which means you request your money.

Even so, you still need to have $50 to run traffic for the next day, until you get your cash.

This means you need to invest at least $1500 before receiving the first payment.

We think you’ve been able to get this game, right?

The higher the payment term is, the more money you need to have available on you to invest like a true super fly pro!

Campaign/Daily Budget. How It Can Trick You!

There are lots of traffic sources out there which let you set your daily/campaign budget.

You’re gonna have to be super careful, though. You can never forget that you need to have enough budget for a campaign to run for the whole day.

If you manage to invest enough cash so as to keep a campaign running full-throttle, you can get precious stats for every hour of the day without missing any important hours.

Imagine the campaign stopped at a paramount, more-than-critical time of the day?

Let’s go as far as to say you launched a very successful campaign but set a low budget.

This means you may lose your chance to make that awesome money, while your competitors are still alive and thirsty for golden liquid!

Even so, you can never go to the extreme of setting a budget that’s just too big.

Let’s say your ad network has an agreement with a new publisher, but the traffic is of an awfully low quality, and let’s say you’re bidding high with an unlimited budget.

If you happen to get a great deal of impressions for that specific new publisher, you’ll pay a lot even though this rotten traffic is mind-numbingly poor and will bring you nothing but tears!

You’ll keep bidding high, wasting your money on low-quality traffic until you notice the money bleed out of you and stop the campaign/publisher.

What to do to avoid this monumentally catastrophic mess?

Limit your budget wisely, so it won’t allow costs to go too high!

The idea of limiting your budget is the key to an intelligent media buying strategy!

You’re using a high Smartbid of 5 Euros and your real bid is normally 0.8 Euros for one thousand impressions.

At a certain moment, your competitor sets the bid of 4 Euros and your real bid goes up to 4.4 Euros per mile.

In this case, for the same traffic, you just started paying 5 times more! However, the level of your conversions won’t increase.

This means you may be at risk of losing a whole lotta wasted cash simply because you were careless and failed to limit your budget!

You should understand your capping increase will influence your costs.

ALWAYS bear that in mind when thinking about what your current budget should be!

Now that we’ve figured out the whole budget situation, it’s time for you to check some real-life examples of media buying campaigns and their development.

Depending on the country and geo, you’ll face very different situations on your media buying campaigns.

This can happen in case you create a campaign with different variables such as traffic volume and average payout value.

Each of these situations requires an adaptable and flexible approach when it comes to budget and media buying strategy.

A 20$ daily budget may be enough to safely launch some spots in Costa Rica, but that limit is not enough when it comes to a geo like South Africa, for example.

In terms of ROI, it’s almost impossible to be prepared to deal with it (unless it’s a premium or WL campaign based on data you’ve gathered, since you have expectations in this case).

When it comes to ROI, you need to analyze the results and check whether or not it’s worth to keep the campaign running.

It’s easier to show you real examples, so let’s jump to it right quick!

In this case, we launched a specific website zone for Colombia Claro to check its performance.

The campaign ran for 6 hours, in the first position. It spent half of the daily 100 Euros budget in the first day.

Launching the campaign with such a large budget was the right call.

If we hadn’t done it, we wouldn’t be able to gather relevant data and optimize so quickly.

For you to have an idea of the traffic volume and its price, you should know that – on the first 2 days – we got more than 20.000 impressions.

As we optimized, that number was lowered to fewer than 10.000 per day.

Even though the results of the first days failed to impress, we tried to work with the data we got and fight for the spot.

In this relentless hunt for profitability, the campaign was optimized via bid and targeting, without success.

Moreover, we lowered the bid to check if we could get profitable on a lower position but the ROI turned out to be even worse.

Since we didn’t manage to achieve it on either lower or higher positions, we decided to stop it.

Our second case demonstrates the launching of a RON campaign on a Tier 1 country – Spain Movistar.

Since this was a big campaign on a tough geo, we launched it with a limited budget of 50€ and bid for the segment’s 1st position.

We did this because we weren’t sure of the country’s performance. We launched it with a safe budget of 50€.

As the hours went by, we noticed the great performance and increased the max budget to 100€.

Therefore, our first day was profitable and we gathered some valuable data, which allowed us to make decisions sooner than expected.

On the following days, the decrease in cost derived from the optimizations we performed by cutting websites/devices that weren’t performing that well.

Last but not least, we’re gonna show you a case study where we’ve got a non-profitable RON campaign on Chile – Entel 300×100 spot.

After a thorough analysis and some strategic thinking, we turned it into a very profitable campaign.

This is how you learn how to hone your media buying strategy skills!

The starting point is this: the campaign has been running for more than a week with a negative ROI.

The great thing of keeping it running on losing ground?

We were gathering data and conversions, which have a great value when it comes to future investment.

After some time, the ROI and the conversions started to decrease considerably.

That was when we found out we wouldn’t be able to get good results on a RON campaign.

Following this strategy, we launched a Whitelist with the good performing websites and we established the previous campaign’s targeting.

We know we had low margins but this campaign is running without any supervision needed which means it’s not that time-consuming.

Since the results of Day 2 were so promising without any additional optimization, and we were in the first position, we automatically increased the capping to make sure we were getting all the money from those gold mines!

Reinvestment – The Key For Your Growth

Here’s another thing we wanna mention: when you start playing the media buying money game on a daily basis and you get to earn get that first profit, you’ll definitely have that crazy wish to spend it all on fine champagne!

Leave some of that hard-earned brass and NEVER forget about your budget.

We recommend you reinvest a part of your revenue!

What to do with the rest?

Treat yourself to some clothes, a cool chain, and make the whole neighborhood know who’s the newly crowned king in Cash City!

It really doesn’t matter how you split your money.

However, never forget: for you to grow and develop as a media buyer, you need to invest additional money to test new spots/countries/offers/verticals/traffic sources and expand your budget and business!

We hope our experience and knowledge can be helpful for your campaign budget planning!

We’re sure that you’re now gonna be able to manage the amount of money you’ve got to invest wisely and achieve those awesome results you know you deserve!

Good luck to all!